All You Need to Know About Delta-8 THC: Uses, Benefits, Legality

Researchers are still learning more about the various cannabinoids, and new studies are continually being developed and carried out. We already know plenty about the primary cannabinoids like Delta-9 THC and CBD, and in recent times, we're beginning to find out more about one of the lesser or minor cannabinoids: Delta-8 THC. 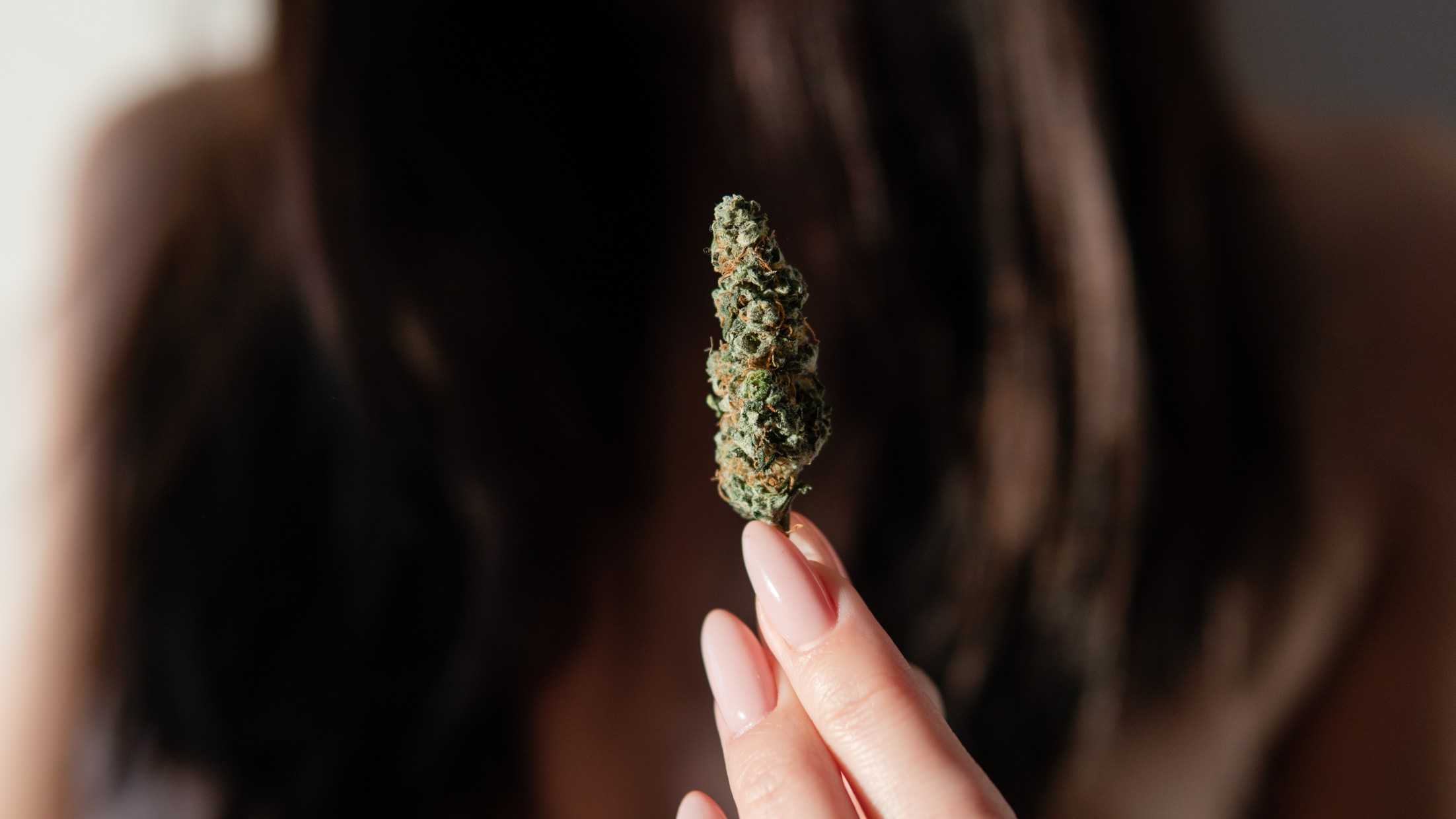 The health and wellness benefits of the cannabis plant have long been documented, and the plant itself has proven to be a veritable goldmine of ingredients that can have a wide range of positive effects on the body. These individual ingredients are known as cannabinoids, and there are more than 100 of them in the cannabis plant.

Researchers are still learning more about the various cannabinoids, and new studies are continually being developed and carried out. We already know plenty about the primary cannabinoids like Delta-9 THC and CBD, and in recent times, we’re beginning to find out more about one of the lesser or minor cannabinoids: Delta-8 THC.

What Is Delta-8 THC?

Delta-8 THC is one of many chemical constituents of the cannabis plant. It exists alongside other cannabinoids like Delta-9 THC, and it has a lot in common with Delta-9 too. Just like Delta-9, Delta-8 works in the human body by binding to CB1 receptors in the central nervous system, producing a mild high and leading to various other effects on the body.

The interesting aspect of Delta-8 when compared to Delta-9 is that it’s less potent. Scientists have discovered that Delta-8 isn’t actually produced by enzymes in the cannabis plant. Instead, it’s actually a degraded form of Delta-9, and this is what gives it a similar chemical structure and similar health benefits, but with a less severe high.

The Legality of Delta-8 THC in the United States

Even though there are only minor structural differences between Delta-8 and Delta-9, the legality of these two chemicals is very different. The 2018 Farm Bill stated that products made from the hemp plant were legal as long as they contained less than 0.3% of Delta-9 THC.

The bill originally made no mention of Delta-8, which leads us to conclude that Delta-8 products are legal, as long as they fit in with the existing guidelines.

Since Delta-8 only exists in very small quantities naturally in the cannabis plant, it usually has to be extracted, but can also be produced through a process called isomerization, in which CBD is converted into Delta-8 THC.

The fact that Delta-8 has to be produced or extracted in these ways creates something of a gray legal area. It’s unclear whether or not all Delta-8 products are classed as “synthetic” and therefore illegal, or whether there are ways to make use of hemp-based

The 2018 US Farm Bill defines hemp as “the plant Cannabis sativa L. and any part of that plant, including the seeds thereof and all derivatives, extracts, cannabinoids, isomers, acids, salts, and salts of isomers, whether growing or not, with a delta-9 tetrahydrocannabinol [THC] concentration of not more than 0.3 percent on a dry weight basis.” This means that Delta-8 fits in with existing regulations.

The rules are always subject to change, however, and can vary from state to state, and with more studies ongoing into the possible benefits and advantages of Delta-8, we can expect to potentially see some changes regarding its legality as time goes by.

The Benefits of Delta-8 THC

There is a lot of anecdotal evidence regarding the possible benefits of Delta-8 THC, and plenty of this is beginning to be backed up by scientific studies and reports. We’re still discovering more about Delta-8 THC, but the signs are already there to show that this cannabinoid could have a lot of medical applications.

Pain relief is one of the most common benefits associated with hemp use and the cannabis plant in general, and it’s one of the main reasons why cannabinoids can be used as part of medical treatment for various chronic pain conditions and illnesses. Delta-8 has proven to be effective in this aspect too.

One study in mice in 2018 found that Delta-8, applied topically, was able to relieve pain and inflammation caused by corneal injuries. A separate study, looking at rats, was also carried out and showed similar results, with the rats exhibiting fewer signs of pain when Delta-8 was applied.

With tens of millions of Americans suffering from chronic pain, the possible applications of Delta-8 for pain relief hold a lot of interest and could potentially change a lot of lives. Expectations must be tempered, however, as the study in rats showed that tolerance to Delta-8 was able to develop quite quickly, leading to reduced effectiveness over time.

Statistics show that anxiety is one of the most common mental illnesses in the world, affecting over 18% of the US population. Many people turn to hemp as a way to deal with stress, anxiety, and associated emotions, with the ‘high’ effect and additional benefits of hemp helping to relieve stresses and help people feel calmer and more relaxed.

The National Cancer Institute defines Delta-8 THC as having “anxiolytic” properties, but clinical studies into its effectiveness have yet to be carried out. Studies have, however, shown that Delta-9 can help to relieve stress and anxiety, but also may induce anxiety when taken in excess. Since Delta-8 is regarded as a milder version of Delta-9, there is cause to suggest that it may be a less risky option.

Indeed, some anecdotal evidence suggests that Delta-8 produces a less severe high than Delta-9, with Peter Grinspoon of Harvard Medical School commenting that “People report [Delta-8] as being less anxiety-provoking, less sedating, and a little more clear-headed than THC.” More studies are needed to confirm these reports.

Nausea is a common symptom associated with many diseases and the treatments for those diseases. A lot of cancer patients undergoing chemotherapy, for example, experience mild to severe bouts of nausea as a side effect of the treatment.

Reports show that Delta-8 may be able to assist with the alleviation of nausea. A 1995 study followed eight young cancer patients over the course of two years, revealing that when the patients ingested Delta-8 THC prior to and after their cancer treatment, they exhibited no vomiting whatsoever.

What’s also interesting about this study is that only a few minor side effects were reported in the patients, suggesting that Delta-8 THC could be a safe option to use for helping cancer sufferers cope with the difficulties associated with chemotherapy.

Delta-8 THC has also demonstrated neuroprotective properties. A study using Delta-8 on mice showed that that the Delta-8, among other cannabinoids, was able to increase acetylcholine levels in the brains of mice. Acetylcholine is a chemical in the brain that works as a neurotransmitter, sending signals and messages around the body.

Low levels of acetylcholine in the brain or damage to the acetylcholine-producing system have been linked to memory problems and brain disorders like Alzheimer’s disease. Acetylcholine has also been linked with REM sleep, helping people rest properly each night and reducing the chances of them feeling fatigued or under-slept the next day.

So, we can deduct from this study that there could be potential for Delta-8 to be helpful in the treatment or prevention of neurological issues, including Alzheimer’s, and may perhaps improve brain health overall.

Various cannabinoids have also been linked with inhibiting the growth of tumors, potentially making them effective for use in cancer treatment. This, too, has been backed up by a study. The study show that Delta-8, along with Delta-9, was able to inhibit the growth of lung cancer cells.

Other types of tumors have also been proven to respond with sensitivity to cannabinoids, so there is some basis to the notion that Delta-8 THC could be a possible option when dealing with tumors caused by cancer or other conditions.

Many people can struggle with a loss of appetite. This may be caused by diseases they’re suffering from, eating disorders, or side effects of certain kinds of treatment. Cancer patients, for instance, may struggle with their appetite as one of the effects of chemotherapy.

Delta-8 may be able to assist with this, and one study showed that even very low doses of Delta-8 were able to stimulate the appetite of mice. The mice showed strong cognitive function and higher rates of food consumption after being given tiny amounts of Delta-8 THC.

One interesting aspect of this study was that the mice showed no notable side effects, since the amount of Delta-8 was so small. This suggests that micro-doses of Delta-8 could potentially be used to increase appetites in patients who are struggling with eating.

Interestingly, research has also shown that food intake is vastly superior when using Delta-8 as opposed to Delta-9, with Delta-9 actually sometimes having the opposite effect and suppressing appetite, rather than stimulating it.

Consuming Delta-8 is just like consuming any other Cannabinoids.

For those who love to dab, we offer the same flavor profiles made with Cannabis Derived Terpenes, in easy to dab glass containers.

And for those who just want an old fashioned joint, well we have those too.

Overall, it’s clear that we still have a lot to learn about Delta-8 THC, but the studies and science so far shows that there’s a lot of potential for this cannabinoid to have medical applications in the future, potentially improving a lot of lives.

As the popularity of Delta-8 continues to spread across the U.S., further studies will soon be carried out and more evidence is gathered to support the idea that Delta-8 may actually be safer than Delta-9 and offer its own array of unique benefits, there’s certainly room for optimism. 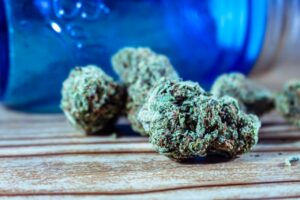 Delta8 Strains that are Sativa

Delta 8 burst onto the scene with a vengeance and is now freely accessible almost everywhere. It is easy to purchase until you see all 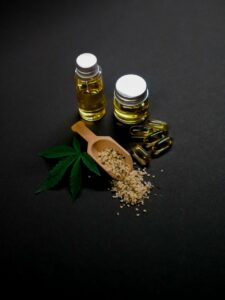 Delta8 Strains that are Indica

Delta 8 stormed onto the market with a vengeance and is now widely available in practically every location. The process of purchasing it is uncomplicated,

What is HHC? HHC is a cannabinoid found in the Hemp plant, similar to THC and CBD. It comes in the form of edibles, vape

Like relaxing on a beach with a Mai Tai in your hand and your feet in the sand as the sun slowly sets over the Pacific. The tropical smells of pineapple and mangoes flood your olfactory as you take your first sips. Easterly trade winds usher in a warm breeze while you find yourself surrounded by good company as conversations stretch long into the night.

Send Us A Message

Please verify your age to enter.